Michael Alvaro is a 2014 graduate of the Dual JD Program at the University of Windsor Faculty of Law and University of Detroit Mercy School of Law. After being called to the Bar of Ontario in 2015, Michael began his legal career at a national full-service law firm in Toronto, where he practiced corporate law, with a particular emphasis on mergers and acquisitions, corporate finance, and commercial agreements. During that time, Michael provided pro bono legal advice to Special Olympics Canada and annually participated in the JDRF Revolution Ride to Defeat Diabetes. Michael also acts as a guest arbitrator for the University of Toronto’s Hockey Arbitration Competition of Canada, a competition which he founded with colleagues from the University of Toronto while in law school. In 2019, Michael transitioned away from private practice to pursue his passion for the sports & entertainment industry, and is currently Director, Legal and Government Affairs and Legal Counsel for the Toronto Blue Jays Baseball Club.

Meaghen Russell obtained a joint JD/LLB degree from the University of Windsor and the University of Detroit Mercy School of Law and was admitted to both the Ontario Bar and the Illinois Bar in 2006.  After finishing her Articles in Ontario, she moved to Chicago in 2006 and worked for a management side defense firm.  In 2011, Meaghen was recognized in Super Lawyer Magazine as an Illinois Rising Star.  Since returning to Toronto in 2011, Meaghen has volunteered with Volunteer Builders (Fundraising & Marketing Chair), Big Brothers and Big Sisters Toronto (Big Night Out Committee Member), and with the United Way. Meaghen became a partner with Filion Wakely Thorup Angeletti LLP and later joined Dentons Canada LLP as a partner in late 2017.  She is currently the Development Partner for the Employment & Labour Group at Dentons Toronto. 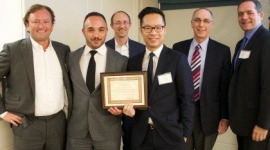 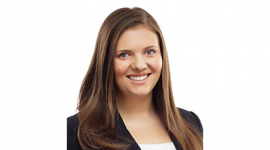 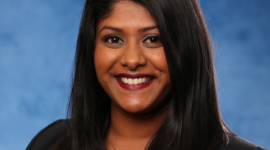